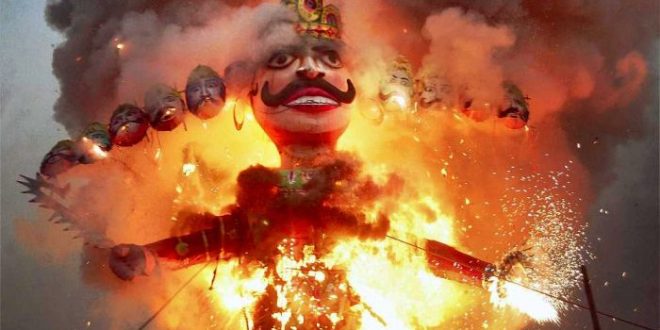 “Everyday sun rises to give us the message that darkness will always be beaten by light. We need to reinstate our belief in the supernatural rule that no matter what, finally, the goodwill triumph over the evil!”

Dussehra is a significant Hindu festival celebrated all over India with great enthusiasm. Dussehra is celebrated on the 10th day in the month of Ashwin in the Hindu calendar, after the 9 days of Navratri.

The most popular legend has it that Ram (the eighth incarnation of Lord Vishnu), on this day in Satyug (Golden Age), killed the king of Lanka, the great demon Raavan, who had abducted Ram’s wife Sita. This day is also called ‘Vijayadashami’ to mark the tenth day of the war that culminated in the victory of Ram (Good) over Raavan (Evil).

Another legend tells that Arjun, one of the Pandav princes, had hidden his weapons in a tree before his 1-year ‘agyaatvaas’, and worshipped them on his return on the day of Dussehra before using them again. Hence, he began the tradition of worshipping weapons, vehicles, tools, machinery, account books and stationery on the day of Dussehra.

Another such legend symbolizes Dussehra with the triumph of warrior Goddess Durga over the buffalo demon. The festival of Dussehra also marks the end of the Navratri celebrations (9 nights celebration dedicated to the worship of 9 forms of Goddess/’Devi’ with music and dance) and the immersion of Durga idols which are worshiped for nine days prior to Dussehra. During the 9 days of Navratri, the streets sparkle with disco lights in the evenings and “bhajans” are sung in praise of ‘Maa Durga’ and other Gods and Goddesses. People decorate their entrances with “torans” and flower-studded strings. Several fairs are also organized during these ten days’ festival all over India. Men and women dress up in traditional attire. While women generally dress up in bright lehenga-choli, sarees, Punjabi-suits, etc., men wear dhoti-kurta, kurta-pajama or sherwani, with a traditional stole around their neck. Organize an event or host a few games for the entertainment of residents in your society. Such social get-togethers help people know each other and build comradeship with their neighbors.

Festive occasions are a time to deck up in the best of clothes. Pick a traditional attire or a designer-one to gift.

Gifting sweets is a traditional way of sharing the festive merriment. You can also opt for gift hampers consisting of assorted sweets, baked items, juices, etc. However, make sure that the person being gifted is neither a diabetic nor on a low-fat diet!

Women around the world love jewelry. From bangles, rings, pendants, bracelets, chains to earrings, everything is considered a good gift. You can even choose a designer watch for your lady.

Gold/silver coins with images of Goddess Lakshmi or Lord Ganesha are also received very well as they are considered to bring happiness and prosperity. Other such auspicious items are adorned idols of Gods and Goddesses like Radha-Krishna, Sita-Ram, Lakshmi-Ganesha or a silver platter to worship (‘aarti ki thali’).

Songs to play on Dussehra

Music is known to enrich every occasion. Get a playlist ready for the day in advance. 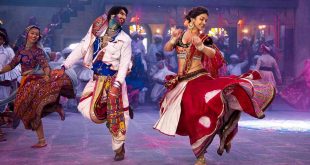 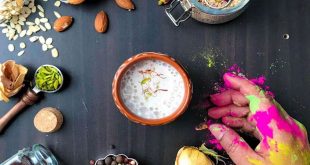