Best Songs For A Groom Side vs Bride Side Dance Off!

Do you remember Hum Aapke Hain Koun, the hit movie of 1994 featuring Salman Khan and Madhuri Dixit? It was one of the biggest grosses in the history of Bollywood. It was a romantic movie based on traditional Indian arranged marriage. And its songs (15) played a crucial role in its success.

Hum Aapke Hain Koun’s songs especially “Joote Do, Paise Lo” and “Lo Chali Main” started a tradition of duets in marriages. But these songs have become too old to be played today.

If you are looking for the best songs for a groom side v/s bride side dance-off for your wedding, you can consider the following songs.

The song features Kriti Senon in a special appearance, Varun Dhawan, Alia Bhatt, and Aditya Roy Kapur. The beauty of this song is that it allows wearing traditional Indian dresses. And it is a lengthy 6 minutes song.

Another song from Kalank featuring Varun Dhawan, Alia Bhatt, and Kiara Advani is a great wedding duet. It is a fast-track song that will leave your guests stunned within 5 minutes.

This very song was a big hit with its video going viral soon after its release. It caught the attention of the viewer that viewed it over 1.4 billion times on YouTube. Featuring Ranveer Singh and Sara Ali Khan, it went on to become the first Indian song to cross that milestone.

It is a pop song filmed by Kartik Aaryan and Kriti Sanon. It is a short 2:24-minute song and its beauty is that it allows wearing modern dresses.

5. Poster Lagwa Do from Luka Chuppi

It is a playful song to which you can dance while running around the home. Also, you don’t need any specific attire or setting to recreate the song.

It is a typical Indian family song and the dance performance by Ayushmann Khurrana and Sanya Malhotra was simply outstanding. It is an awesome duet with all the Indian hospitality you can expect from a traditional family.

It is a remake of the 1990 film Thanedaar. The original song was produced by the legendary singer and composer Bappi Lahiri. And it is surprising to know that Bappi Lahiri also sang Tamma Tamma Again for this movie. It is a fast-track heart-beating pop song for today’s youngsters.

Sidharth Malhotra and Katrina Kaif paired for this very song and gave an unbeatable performance. It has been 6 years since the duet was released but it is still considered one of the best for Indian weddings.

Sidharth Malhotra and Alia Bhatt make a perfect couple for this duet. And it won’t be an exaggeration to say that no DJ party is complete with this song. It has something that makes the audience crazy.

Salman Khan and Anushka Sharma rule the stage in this song. And there is little need to say that it grossed millions of views on YouTube and it is still liked by millions. If you are a fan of Salman Khan or have a body like him, you won’t want to miss the opportunity to show your muscles.

The song features Alia Bhatt, Sidharth Malhotra, and Varun Dhawan but it is a female-centric song. Your girl gang should get ready to imitate Alia Bhatt at your wedding. Boys from the groom’s side can play Sidharth and Varun.

Arjun Kapoor and Alia Bhatt gave a wonderful performance in this movie, especially in this song. And the Indian audiences liked it as well. In addition to viewing it millions of times, they like dancing like Alia and Arjun at traditional weddings.

The name of the movie tells everything about the song. Filmed by Ranveer Singh and Anushka Sharma, it will take you to a typical wedding in a middle-class Indian family. The guests, setting, and everything in the song will remind you of traditional weddings.

How could an Indian wedding be complete without Shah Rukh Khan? Here the legendary actor is performing with Anushka Sharma. If you love SRK, you can consider a dance performance on this song. It is a slow-moving dance in which you can allow a member of the bride’s girl gang to join.

The list of wedding songs continues with more duets from other movies. And if you are a fan of classical movies, you can even choose a duet from the 60s or 70s movies.

Find and Book the best-suited DJ in your city at: venuelook.com/dj/delhi/vendors

Previous Everything You Need to Know About Face Powders!!
Next How To Plan An Awesome Bachelorette For Your Sister Or Bestie! 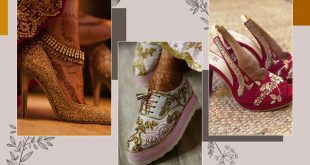 7 Types of Gorgeous Shoes Every Bride Must Own 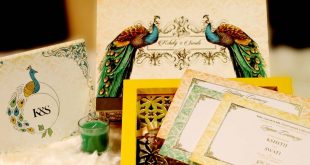 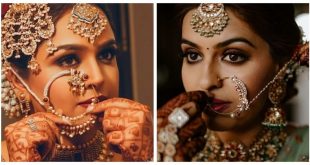