Must Have Groom Poses in D-Day Albums

Who said that only women are born posers? Men today have equally become pro at posing in front of the camera, and that too with élan. However, posing on their d-day can get quite daunting and nerve-wracking as everyone’s attention is focused on them. During such instances, it is the duty of the photographer to make the groom feel at ease and comfortable while at the same time sharing photography tips to him. The wedding day is as much about the groom as it is about the bride, and capturing certain groom poses will bring about exceptionally good pictures that both the bride and groom would enjoy. In this write-up, we present to you some such go-to poses for groom on their d-day.

Holding Jacket Behind the Back During a solo shoot, all men desire to exhibit their inner masculinity. One creative means to present this in the pictures of the groom is to make him hold his jacket behind the back. For a fascinating photo, ask the groom to reflect on his most-liked magazine advertisement and emulate that. As you make the groom pose on his d-day, advise him that he adjust his tie or cufflinks. Since he would be busy fixing his tie, he won’t be able to focus his attention on posing, and the image would come about more natural. As he pays attention on the details of his outfit, make sure that you also capture his expression. 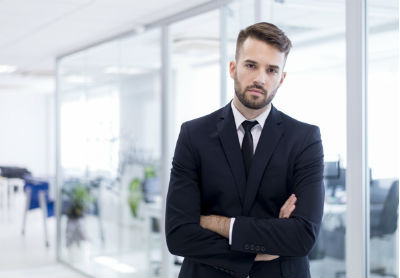 Poses that a bride is made to perform cannot be executed on the groom. Hence, you have to attempt at poses that showcase his masculinity, and one of the best ways to achieve this is by making him stand with his hands crossed. Such an act would bring about a pose that would display the groom’s confidence getting captured in the camera.

Looking into the Mirror 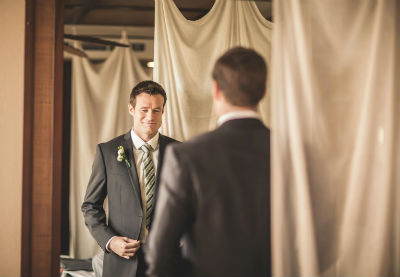 Prior to leaving for taking wedding vows, it is great for the groom to stop and relax for a while. Now while the husband-to-be is doing this, make him look straight in the mirror. Ask him to reflect on the things regarding his bride-to-be, how love blossomed between them, who proposed first etc. This way, he would exude real feelings and emotions that would get captured in the camera. Make the groom stand with his hands in his pockets when he is feeling uneasy posing in the aforementioned ways. To come up with a different look compared to his previous images, suggest the groom to unbutton his jacket. To make sure that your client looks proportionate in the image captured, see to it he poses with his elbows out. 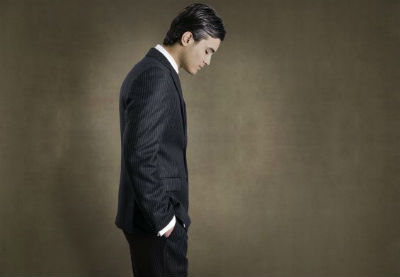 To produce lively and uncommon pictures, take shots of the groom from various sides. The photos would become dispensable if your client is perpetually looking at the camera.
So, while on your next photoshoot, apply these go-to groom poses to get more skilled at your job.

a believer in work hard, party harder! :)
Previous Must Have Bride Poses in D-Day Albums
Next Zodiac Signs you Perfectly Vibe With 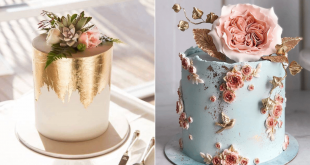 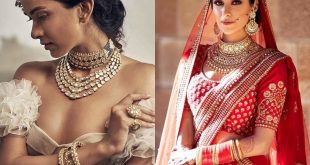