Rajkumar is done with his “Vivaah” –Wedding of the Year

Shahid Kapoor finally got hitched yesterday by Mira Rajput breaking so many pretty hearts. According to the sources, Shahid had decided that to go with a small gathering and no big-shot celebrities. Only the family and a few close friends were called at the wedding and the rest would be attending the grand reception at Mumbai on 12th July 2015. The guest list of the reception includes all the big Bollywood celebrities. Shahid always wanted to get married in either Paris or Greece but he finally settled in Delhi. Well, what could be better than getting married in your own country? Kudos Shahid! So let us see some of the gossipy points of this wedding of the year. 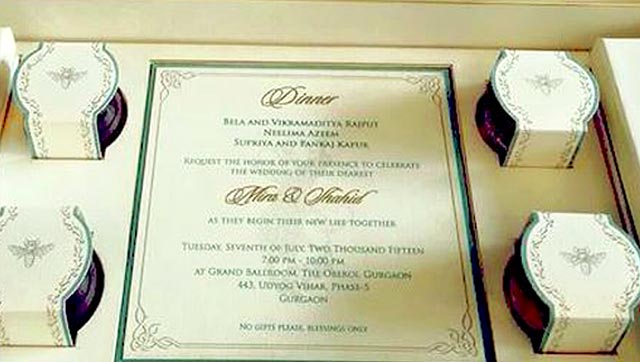 Ravish Kapoor; the designer of invitation cards in IIFA is the designer of Shahid’s wedding invitation cards. Ravish said,” Shahid is very particular about everything – font, colour. He doesn’t like Gold and he had told us to use a minimum of Gold. So if you notice, we have written only his and Mira’s names in Gold.” He also said that it was Shahid who suggested keeping tea bags and honeying in the invitation. Looks like Shahid wanted it to be a perfect day of his life, so he himself took care of all the details. Way to go Shahid!!! Kunal Rawal, Shahid Kapoor’s fast friend had taken the responsibility to design Shahid’s wardrobe for the day, however, Mira’s wardrobe was also in the good hands of Anamika Khanna. The Dashing Groom and the Beautiful Bride finally tied the knot in those elegant dresses. Getting hot huh!! 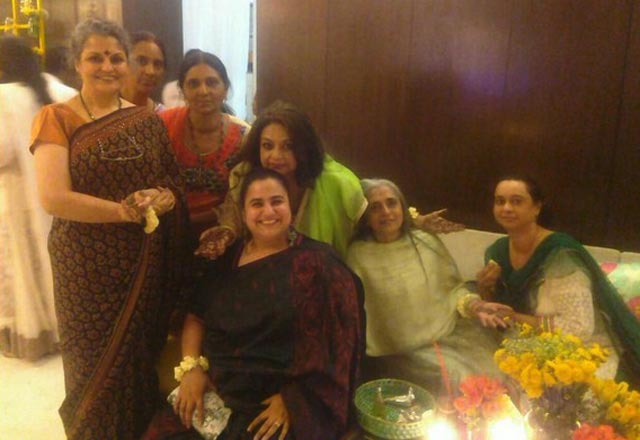 Media has already published the pictures of Sangeet, Mehendi and other rituals on different websites. Only family members were invited at Sangeet and the gossip is that Shahid and Mira also performed on a romantic track. It seems like Shahid is dancing in real life as well. Good work Shahid!! The wedding took place at Mira’s farmhouse, located in Chattarpur, New Delhi. The dinner party after the wedding has been scheduled at Oberoi, Gurgaon. Shahid himself has occupied The Presidential Suite there. The Kapoor has booked approximately 55 rooms in the same hotel for his guests.

Well, let us wait for some more gossip and meanwhile we can only say one thing ‘Best of Luck Shahid and Mira’. We all give you two of our best wishes for this new phase of your life. 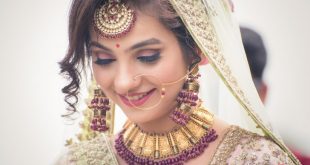 REASONS TO OPT FOR 3D MAKEUP FOR YOUR WEDDING 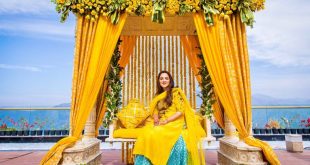 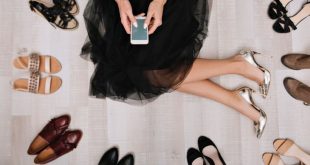 Types Of Shoes Every Bride Must Have!