Ganesha Chaturthi is a Hindu festival celebrated on the birthday (rebirth) of Lord Ganesha, the son of Shiva and Parvati. Also known as Vinayak Chaturthi, Ganesh Chaturthi is a festival celebrating the day on which Lord Ganesh appeared on earth for his devotees. Ganesh, also known as Ganapati, is the elephant headed God, worshipped before all Gods in the Hindu religion. Lord Ganesha is worshipped as the god of wisdom, prosperity and good fortune and traditionally remembered at the beginning of all new ventures for his blessings.

According to the Hindu calendar, Ganesh Chaturthi is celebrated on the Shukla Chaturthi which usually occurs between 20 August and 15 September.

The festival lasts for almost 10 days and is celebrated with greatest enthusiasm in the Indian state of Maharashtra.

10 days of Ganesh Chaturthi are celebrated with cultural activities like singing and theater performances, orchestra and community activities like free medical checkup, blood donation camps, charity for the poor, etc.

Here are some celebration ideas to choose from:

a believer in work hard, party harder! :)
Previous This Wedding Season Make Maang Tikkas A Part of Your Style Statement
Next Celebrate Your Monsoon Weekend with these Rainy Platters 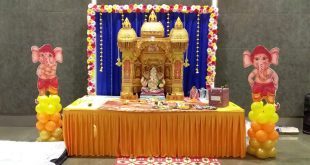 How To Welcome Ganesha In Your Home 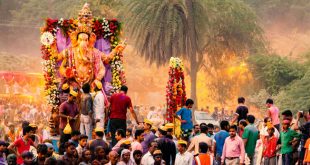 How to Celebrate Ganesh Chaturthi