Punjabi weddings have always been the most famous and known for fun-filled functions. One can find a display of different traditions and the jolly nature filled with the dancer in themselves. Everyone has a perception about Punjabi weddings that they are loud and extravagant and somewhere it is the truth but does not forget that they are fun-loving as well. You will never find a single moment becoming dull. Moreover, famous Bollywood films like Dilwale Dulhaniya Le Jayenge, Mere Dad ki Maruti, and many others have projected Punjabi Hindu Weddings in a way that today; Punjabi weddings are now known as synonyms for Indian Weddings. No, we are not saying that it is true for everyone but this is how the world sees it. To be very honest on our point Punjabis have always been very particular about upholding their traditions and old wedding rituals. Here we have almost all the pre-wedding functions that can be witnessed in a Punjabi wedding. This is the very first ritual in Punjabi wedding in which the wedding is fixed between two people. In this Bride’s family visits the family home of the groom with a lot of gifts. Usually, the bride is not present that day. This visit is now reciprocated by the groom’s family just like the bride’s family did and the couple is now considered to be officially engaged and they are made to sit together so everyone in the family can shower their blessings and gifts also called as shagun aur sagan. They both are also supposed to eat laddus. This function has always been a little low key and nowadays Roka and thaka are kept on the same day, basically to fix the dates. And most important this function is started with a small or ardaas. Chunni ceremony marks the official engagement of the to-be-weds. Usually, the family members of the groom visit the family of the bride with gifts. A red-colored outfit like a sari or a lehenga-choli has gifted a headscarf called chunni. On the day when the chunni chadhai ceremony is taking place, that very day sagaai or engagement ceremony takes place. The bride and the groom exchange their rings with each other in the auspicious presence of their family and friends. Not only this they are now getting accepted officially by the opposite families. People also consider the exchange of rings as the final mark of acceptance of the bride welcoming them in their lives and family. Mehendi is an essential part of almost all Indian weddings, which cannot be missed. It is that part of the Indian weddings, that every Indian woman dreams of and is very excited for it. Mehendi artists are called to the house of the bride a day or two before the wedding day. Beautiful henna designs are made on the bride’s hands and feet, other girls and ladies who are part of the ceremony also get Mehendi done on their hands. The main thing that is kept in mind is no one else than the bride shall get the most beautiful design made. Most of the time ladies sangeet is kept on the same day. In this, ceremony ladies close to the bride’s family sing and dance together making the day more memorable. It can also be called a musical extravaganza. It is the most amazing pre-wedding ritual, as everyone sings and dances around the bride, teasing the bride about her new wedding life. This ceremony is mostly held in the evening, so food is the main part of it somehow.

Kangana bandhna is the first ritual that is performed on the morning of the wedding day. A sacred thread is also known as mouli is tied on the wrist of the bride and the groom separately at their respective homes. This mouli is tied as it is considered to be a good-luck charm and should not be removed until it falls off. Chooda chadana is a ceremony that is followed by the Kangana bandhana ceremony. A havan or sacred fire is placed around that fire all the elderly males from the bride’s side sit around the fire. Bride’s maternal father or mama plays a vital role by taking the main part in the havan. After that the maternal uncle or mama gift the bride-to-be a set of 21 bangles of red/maroon and white/ivory in color. The bangles are then purified in a liquid mixture containing milk and rose petals. Then mama has to put the bangles on the wrist of the bride but one has to take care that the head and hands are covered as the bride is not supposed to see the bangles at the time when it is put on her wrists. Flower petals are showered on the bride-to-be as a part of holy rituals. It is expected that the bride should wear those bangles for at least a time period of 40-45 days. This is the next step or ceremony after chooda chadana, in this the sisters and friends of the bride tie the umbrella-shaped figures called kalide to the chooda of the bride. There is a fine traditional practice of the bride shaking her kalide tied and young unmarried girls stand beneath it. It is believed that if a part of the kalide falls on a girl’s head, then she will be the next one to get married. The same ritual is also practiced in Christian weddings as well in that if anyone catches the wedding bouquet when she throws it in the sir after her wedding, she would be the next lucky one to get married. The bride is made to be seated facing four lamps or diyas. This ceremony is performed on the morning of the wedding. This is an old ritual that is also common amongst other Indian weddings as well. The women of the house then apply a paste of turmeric (Haldi), sandalwood, rosewater, and mustard oil on the visible parts of the bride’s body. It is believed that this paste acts like a scrub or cleansing agent, that gives shine and glow to the bride’s face. The same ritual is performed at the house of the groom. This ceremony is full-filled with fun and lots of laughter.

Previous Bridal clutches for all the brides-to-be!!
Next Punjabi Wedding and Post-Wedding Traditions 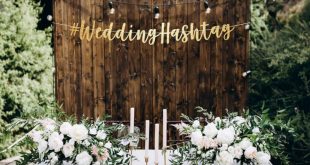